For the 9th time in 9 years, the UniShow did an outreach tour in the beautiful country of Albania. 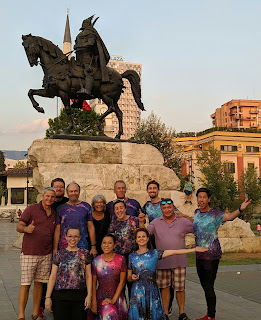 From 16 August to 2 September, 2019, our team of 10 from Australia, USA and South Korea unicycled, danced, painted and played music during our hour and fifteen minute show.  We partnered with local church planters as we presented the Gospel for 4,750 people during 11 events around the country. 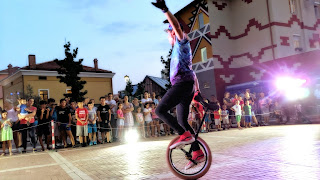 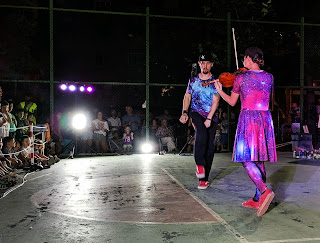 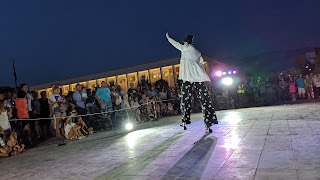 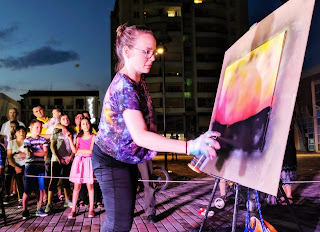 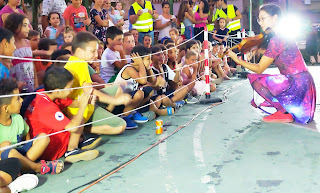 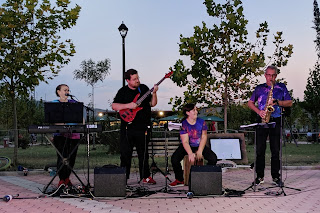 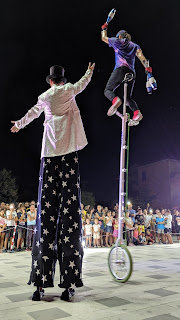 The harvest is truly plentiful in Albania.  It has been a joy to work with strategic Albanian church planters for nearly a decade and see over 20 churches planted, grow and even plant other churches through our outreaches. 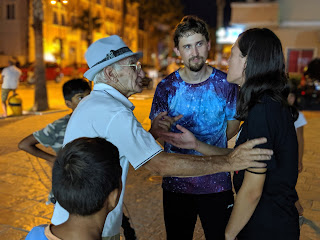 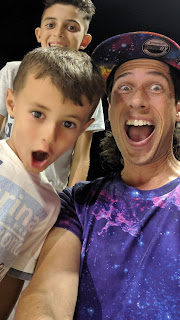 During this tour, we again had the privilege of openly sharing the Gospel during each event and it was always exciting to see people respond to Jesus during Dustin's invitation.  Our Albanian partners let audiences know about the existing church in the area or one about to start.  Contact cards were filled out by those who were interested in learning more about what we shared.  The follow-up by the church planting team was excellent and they didn't let a day pass before they called each person to connect with them personally and plug them into Christian fellowship. 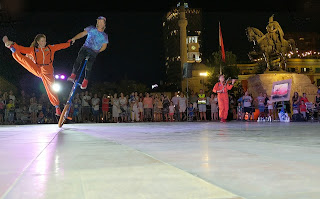 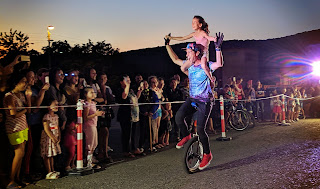 After our show in Lushnja, we met a 16 year old who was at our event there 2 years ago where he had raised his hand and given his life to Jesus during Dustin's invitation!  He said his life has dramatically changed and he's never going back; he's on fire for Jesus, serving with the church and wants to be a missionary!  It was exciting to be able to pray with and encourage him! 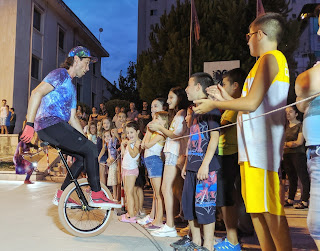 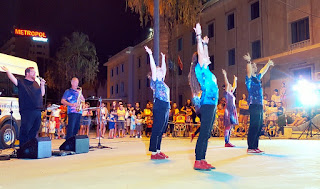 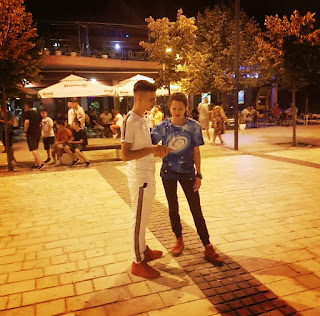 During our show in Rrogozhine, an angry Muslim, supposedly sent by the local Imam, came to pull the plug mid-show, but our power source remained intact at the cafe since the owner was the Mayor's wife and was a fan of our show! 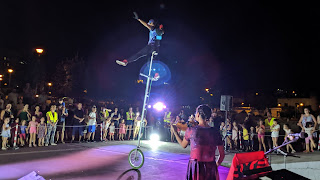 We had several shows in and around Tiranna.  After our first one, we met friendly 10 year old Melvin, who spoke perfect English he learned by watching YouTube videos.  He became one of our team's biggest fans and came with his grandma to the next 3 events we had in other parts of the city because he said he really enjoyed our show and liked talking with us.  As a result, he connected with our local partners and has begun to attend their church. 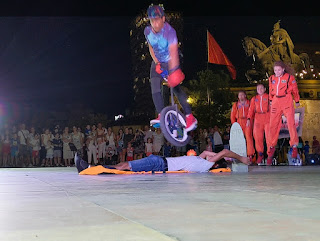 We presented in another village where we were told the Gospel had never been shared before.  What a privilege to be the first!  We shared openly in another city considered the seat of Islam in Albania. 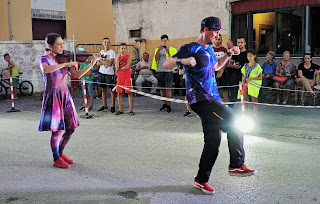 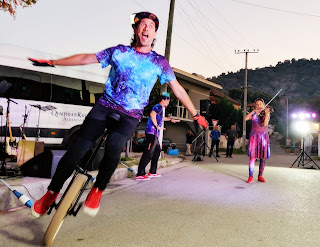 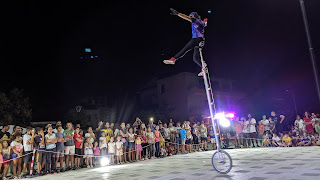 Albania is an exciting place to serve because we see so much encouraging fruit, immediately and over time.  Thanks for helping us share the Good News with those eager to receive it! 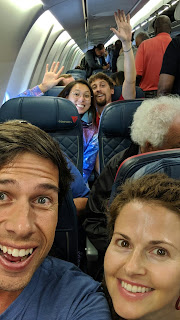