Born of a Virgin 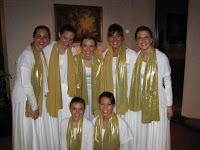 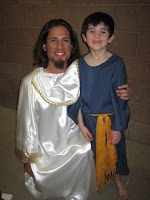 December 11, 12 and 13 we participated in a Christian Arts Ministries Christmas musical called Born of a Virgin. Ken Parker, who created Son of God: Son of Man passion play, wrote and directed this drama. We felt blessed to participate in this powerful Christmas story from Mary's perspective. Dustin played the adult Jesus and wrapped things up very inspirationally. He is pictured here with the child Jesus, named Zack. Katie played a friend of Mary's and sang and danced with a fun bunch of girls.

We are so thankful that Jesus was willing to go through all that birth business, take on human flesh, live on earth all in order to die on the cross for our sins because, "all He every wanted was our love."
at 21:07 No comments: Links to this post

God at work in Egypt 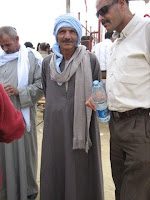 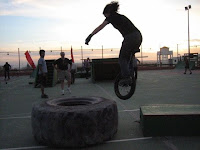 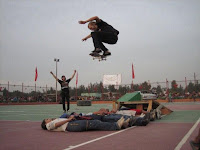 We had the amazing privilege of participating in an outreach festival in Egypt December 5 - 7, 2008. Kasr El Dobara Church in Cairo has a conference center called Beit El Wadi where they host events year round. It is an amazing facility with various sport courts, zip line, high ropes course, lap pool, a huge stadium that seats over 7,000 and beautiful hotel. They also have the largest/most effective rehab treatment center in the Middle East on campus.

We joined performers and volunteers from around the world for this huge 3 day festival where 7,000 people attended daily and 60,000 people viewed the evening session by satellite in hundreds of churches across Egypt. Another 500,000 watched daily on SAT7 TV across the middle east. Thousands gave their lives to Christ each day! It was breathtaking.

Dustin tore it up on his unicycles in the UniShow, Team Xtreme broke bricks and flipped cars with their brute strength, Justin Flom wowed crowds with his illusionary artistry, Boarders for Christ jumped cars and 12 kids in a row with their skateboarding stunts, James Lee and Josh got crazy with marshal arts. Each of these talented performers had one message: "Jesus wants to change your life like He changed mine!" It was a truly unified team and message that God used to bring many to Himself!

We prayed with many people to receive Christ. In the picture Dustin is praying with Danny who said he will never be the same after hearing Dustin share about the need to forgive those who hurt you.

There was a wonderful group of volunteers who were super helpful making sure we always had water and meals and kids to ride on Dustin's shoulders. Basem was a huge blessing as Dustin's translator who took seriously Dustin's testimony and the gospel message and made sure it came across loud and clear. 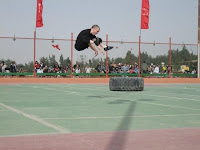 We praise God for the work He is doing in Egypt and the privilege of being part of it. 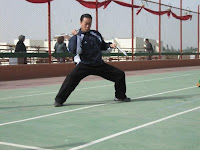 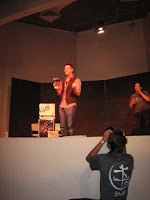 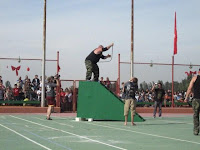 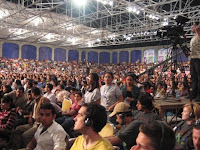 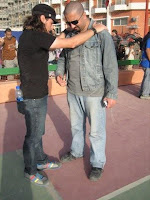 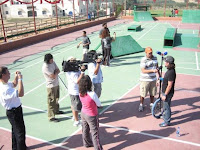 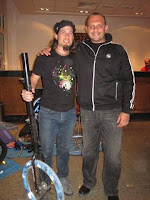 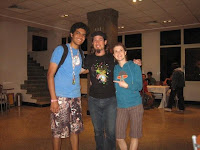