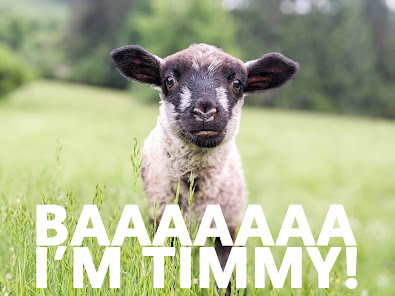 Timmy was born on Good Friday. He was the last of the spring lambs born on Katie’s parents’ farm in the Coastal Mountains of Oregon. He spent a few days frolicking in the pastures with his cousins before 2020 hit him much like it has many of us. He was attacked by an animal and left for dead. If that wasn’t enough, his nursing mother and the other sheep rejected him because he was lame.
With his injuries, Timmy was unable to stand. A regimen of penicillin shots and bottle feeding was begun. After a while, Dustin took over Timmy’s care. At this point, Timmy’s wounds were beginning to heal but he was still unable to stand up on his own. Dustin began taking Timmy outside for physical therapy. He would stand Timmy up and Timmy would fight to stay upright as long as he could. He knew that when he fell over, he would not be able to stand again. How many times have we felt like that this year? That if 2020 knocks us over with one more thing, we might not be able to get up.

Timmy was a fighter and he didn’t give up! With Dustin’s help, over and over he was able to get up. Timmy got stronger and was able to stay on his feet longer between falls. Each day Dustin would put Timmy out in the field and bottle feed him a couple times. Throughout the day, Dustin would go out to help Timmy stand up again and each night he would take Timmy into the barn for safety. This went on for months until Timmy was strong enough to get up on his own.

Timmy finally graduated to the main field with his much bigger cousins. Having spent most of his life alone, he struggled to figure out the grazing thing and was still quite small next to the other sheep. Dustin kept bottle feeding Timmy to supplement his growth. Every day when Dustin would go out to the fields to check on Timmy, he was the only sheep in the flock that would come running at the sound of Dustin’s voice!

John 10:27 says, “My sheep hear my voice, and I know them, and they follow me.” Maybe you’ve found yourself cruising or crashing through life and realize you’ve forgotten what the Shepherd’s voice sounds like. It’s our hope and prayer that each of you will pause this season and hear the voice of the Good Shepherd! Not only is He calling you, but He’s ready to pick you up again and again.


“Oh come, let us worship and bow down;
let us kneel before the Lord, our Maker! For He is our God,
and we are the people of his pasture, and the sheep of His hand.
Today, if you hear His voice, do not harden your hearts...”
Psalm 95:6-8a
at 09:00 No comments:

The Tour That Terminated 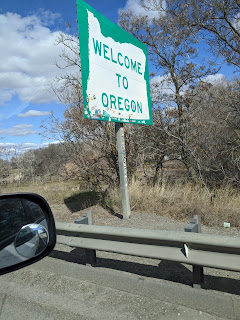 What a joy to head to Oregon for the next stop on our North America tour! For the third time we partnered with Building Healthy Families to present in the beautiful Wallowa Valley of eastern Oregon. 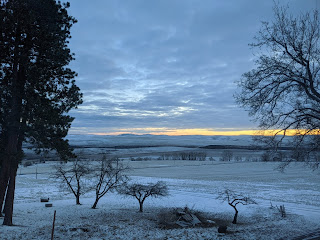 This time, we presented an assembly for Enterprise Schools and then for the community the following day in the same location. 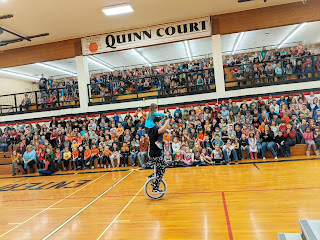 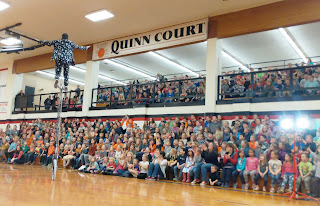 It was special to have family nearby to see the UniShow Universe for the first time. The Sinclair Brothers Tree Service crew even came to support. Family owned Hurricane Coffee kept us fueled on the daily with their amazing lavender chai, Mexican mocha (aka churro mocha!) and other amazing drinks! 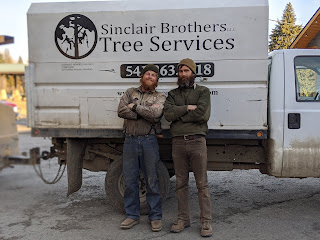 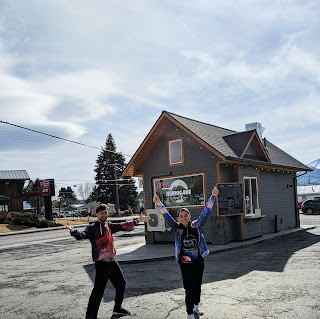 On the way from Enterprise to Grants Pass we visited one of the snowiest places in the US which averages 45 feet of snow every year. Crater Lake did not disappoint! 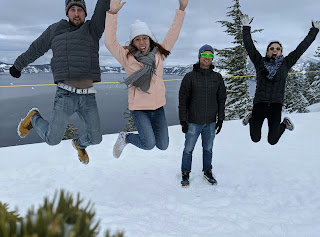 We presented a chapel at Vineyard Christian School in Grants Pass, Oregon. The last time we shared here was in 2005. We were amazed when students showed us a photo album the school still has with photos of that presentation 15 years ago! 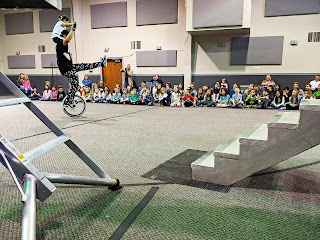 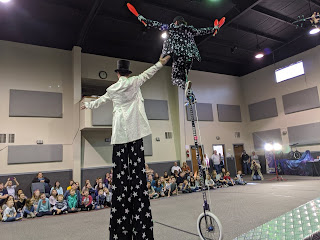 Little did we know that Grants Pass was our last show of this North America tour. As we all know, the world changed in March 2020 and our remaining 4 weeks of events in Oregon, Washington, British Columbia and Montana were cancelled as well as all of our domestic and overseas outreaches through July. We look forward to rescheduling all these events as soon as things are up and running again.